Today Stacey was able to Skype with me and Andre and together we hummed, hawed, and slurped our way through today’s tea. Come on down and read along with The Spice is Right!

Tea: The Spice is Right

Description: Is there any flavour combo more comforting than orange and cinnamon? There’s something about it that’s instantly comforting – like warm spice cake or a glass of hot punch. But nostalgia isn’t the only thing giving you that warm fuzzy feeling. Cinnamon is said to have warming properties, and one sip of this spice-laden green tea is all it takes to get that cozy fireside feeling going. Add some sweet orange peel and a zingy hint of chili pepper, and you’ve got a zesty blend that warms you up from the inside out.

Brooke: My Dad said it “did not like this one at all” and opted to brew some Nepal Black instead. My mom, on the other hand said she quite fancied it. Smelling it now, all I really get is that blast of cinnamon hearts again, so I’m nervous about how strong the flavour will be.
Stacey: I smell apple!
Brooke: …There’s no apple in it, Stace. Your nose is wrong.
Stacey: What? I…Oh you’re right…Well. Weird.

André: This tea is spicy like a chai, mm! It reminds me of a tea my mom used to have called Mandarin Spice. It’s a lot like a chai in the sense that it’s spicy, but you mostly taste the cinnamon and cloves. I like it even though I usually like heavy duty chai teas. This is a lot lighter than a normal chai.
Stacey: The cinnamon hits you pretty hard at the beginning, so the green tea is a bit of an odd combo.
Brooke: What makes a chai tea a chai tea? Hmm.. Apparently it needs to be a “black tea with Indian spice such as cardamom, ginger, cinnamon and clove”, often served with milk. I think I would still classify this as a chai because of the dance between the cinnamon and cloves that plays out on your palate. Although the green tea leaves and the shorter steep time make this one a little less intense. I am wondering maybe if my experience change if I add milk…
Stacey: But it’s a green tea, you don’t normally add milk to a green tea.
Brooke: The internet says that you can add milk to green tea, although apparently the health properties are negated when you add milk- who knew! Sorry antioxidants, not today.
Stacey:  Hmm, I’m tasting more of the orange flavour now. I think the green tea tones down the cinnamon flavour once you sip the tea a bit.
Brooke: I do feel the heat of the chili pepper and I like it!
Stacey: Really? Aw, I don’t taste it at all.

André: All my thoughts on this one are positive.
Brooke: Overall, I liked it too. I am still confused as to why they didn’t call it chai… but maybe it’s because it was a green tea. I would probably have it again, for sure.
Stacey: I think it has one of those cinnamon-y flavours that I don’t particularly enjoy. Although it definitely tones down with the green tea pairing, it’s not something I would choose to drink again I think.

@bailamefitness Day 12 of #24daysoftea. Organic The Spice is Right is a sweet and spiced green tea, great addition to a good book or just reflection on this rainy morning. Happy Saturday! #MorningTea #TeaAddict #TeaADay #simplethings #CalmBeforeTheStorm

What were your taste buds saying? Did they have a ballad playing out on your tongue?

Brooke and Stacey (and André) 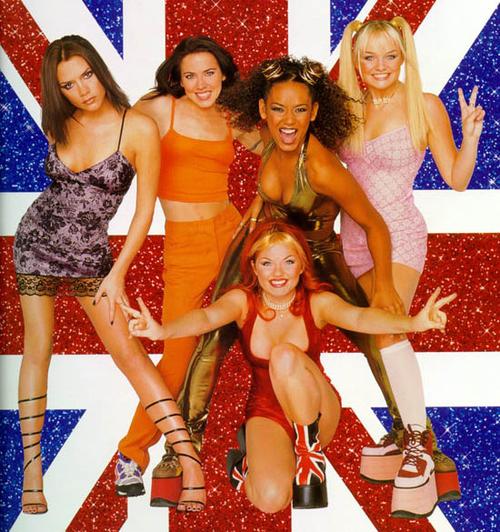 Spice up your life!